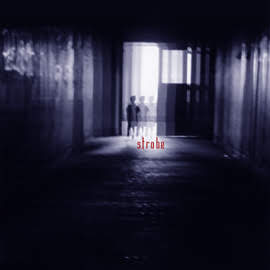 A year and change after the breakup of Paradigm Mind and 2 years before I moved the family out to California, there was this gap of time where I chose to write my first "solo" album. I realized it wasn't going to be solo fairly quickly as the material was above my chops alone. So, I gracefully begged my former band mates (one at a time as a couple of them weren't speaking at the time... or now for that matter.) to chip in one last time on a new set that was decidedly NOT Paradigm Mind. To help matters further I was able to recruit my brother Eric Johnston, who was gifted at birth with sinus congestion-free golden pipes and musical talent abound. After 7 or 8 months of work, we had a "finished album." Now I mentioned that my chops weren't enough to perform this album, so I might as well be honest in saying that my engineering chops were not enough to produce and master this album either. It sounded "good for its time" as my wife so diligently put it. So, along came a virus and locked us insidus, giving me PLENTY of time to sort through TWENTY YEAR OLD backups. I'm attempting to mix this down the way it deserved the first time. So here we go one track at a time.